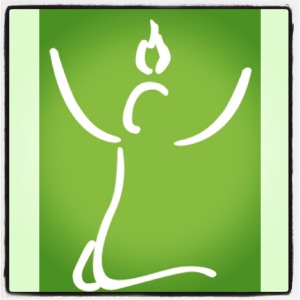 The “Feast of Weeks” … or Shavuot as the Hebrews called it … was traditionally celebrated 50 days after Passover, commemorating God’s gift of the Law … Torah … to hundreds of thousands of Israelites encamped at the base of Mt. Sinai.  This gift signaled to a people on the run from Egyptian captivity that they were now a nation committed to serving their covenant–keeping Jehovah.

Fast–forward centuries later to a confused, but expectant and prayerful group of 120 Jesus–followers, gathered in Jerusalem to celebrate this same Jewish festival … 50 days after the Resurrection of their Messiah.  Ten days had passed since they had seen Him face–to–face … when He had instructed them to “wait for what the Father had promised” (Acts 1:4).  As I wrote in an earlier post … “Navigating 40 Days of Doubt” … they had struggled with doubt and disbelief in the days following Jesus’ resurrection, even though He made multiple personal appearances to them.

Then God kept His promise on that feast day, giving a new, totally different gift … His Holy Spirit … signaling an entirely new entity … the birthing of His Church (Acts 2:1–13).  Invest four minutes right now to listen to this world–changing passage of Scripture [A Pentecost Meditation].

This coming Pentecost Sunday commemorates the coming of the promised and summoned Holy Spirit. Jesus had repeatedly promised this gift … the Comforter, Helper, Paraclete.

In these three verses penned by the apostle John, four parts of the promise emerge:

1. The promise was for “another Helper” [ἄλλος παράκλητος] … literally, “another of the same kind or nature”  Who was  “summoned to come alongside to render aid.”

2. The promise transcended time … He would be with them “forever” [εἰς αἰών] … meaning into an unbroken age, a perpetuity of time, what we call eternity.  This was revolutionary news!  During Old Testament times, the presence of the Holy Spirit was isolated, selective and temporary.  This is how Jesus fulfills another promise He made at the conclusion of His “Great Commission.”

3. Jesus repeatedly uses the phrase, “the Spirit of truth” [ἀλήθεια] … indicating that which is objectively true in any matter, at any time, under all circumstances.

4. Finally, the promise was that the Holy Spirit “will guide into all the truth” [ὁδηγέω] … meaning to lead or “go before” on another person’s way or “road.”

As a follower of Jesus in the 21st Century, which of these Holy Spirit promises do you need at the moment?  Intentionally set aside some time this Pentecost Sunday to reflect on the significance of this historic day for your life of discipleship.

One thought on “Preparing for Pentecost”